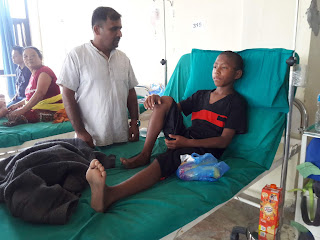 Here in Nepal the number of street children is increasing in urban areas around Nepal, especially in Kathmandu. Here we currently have more than 1,000 street children who do not have a fixed location
due to lack of housing. Outside the city of Kathmandu there are over 4,000 homeless children living in other Nepal cities including (but not limited to) Pokhara, Biratnagar, Dharan, Nepalgunj, and Bhairawa. The children living on the streets are 90% male and 10% female. The reason for the increase of street children is due to more urbanization, migration, lack of family support, poverty, increases in unemployment rates, and abandonment. There is no organization that exists to provide shelter or emergency support for children in these circumstances. As a result, they spend their days walking the streets, and nights sleeping on the streets, which is dangerous and unsafe.

Due to this it is extremely important to support the deprived street children who are shunned by their family, parents, and society. It is also likely that these children get involved in prostitution for survival just so they can provide enough food for themselves. Due to the tough and unjust street life, these children get involved with tobacco, smoking cigarettes, alcohol, smelling dendrites, and in some cases, injecting drugs with needles. Some children are even found to be affected by HIV due to their lack of education and sanitation within their lifestyle.
The street children rely upon tourists as a way to survive. Once tourist season comes to an end, they are left digging through the dirt and collecting plastic to sell as a way of survival. Due to lack of food, housing and cleaning, these children's bodies are often covered with bed bugs and lice. They sleep in the streets with dogs and their pups which suffer from various diseases, despite the risk these dogs provide the only warmth in these children's lives. It is necessary to help rescue these street children by volunteering and helping in the fight for the preservation of children's rights. We hope to help rescue these children from further abandonment by providing a stable and safe environment where they can flourish and grow through our hostel and also we go differed  area in street give theme food, cloth and heath check-up etc . visit more http://www.volunteerorphanage.org/street_children.php 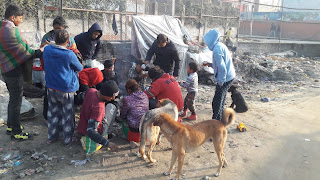 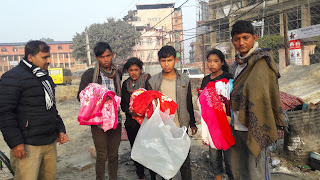 Posted by Himalayan Foundation Nepal at 20:48 No comments: